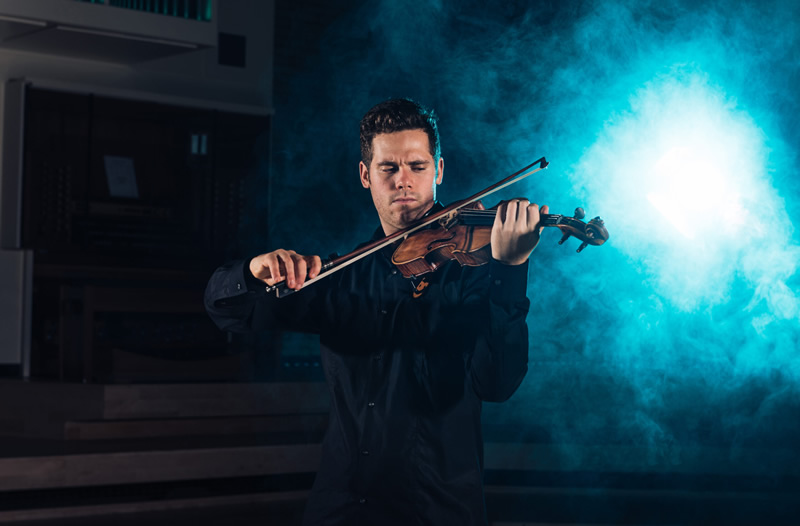 Callum Smart is quickly developing an international reputation as one of Britain’s finest young violinists and an innovative pedagogue, combining his professorship at the Royal Northern College of Music (RNCM) with his following of 40k+ on Instagram. He is celebrated for the sincerity of his singing line, combining ‘brilliant technique with the confidence to take risks’ (Bachtrack) and his ‘utterly convincing’ interpretations (BBC Music Magazine).

Recognised as a rising star since winning the BBC Young Musician strings category and being the top European prize winner at the Menuhin Competition in 2010, Callum now enjoys concert appearances with the UK’s leading orchestras, including re-invitations to the RPO, RLPO and the Philharmonia Orchestra. This season Callum performs the Elgar Violin Concerto, both in the UK and USA, as well as concerto performances of Korngold, Bruch, Glazunov and Tchaikovsky, and a Mozart Sinfonie Concertante with the Hallé Orchestra. It also sees the return of a full recital schedule with pianist Richard Uttley and a series of trio concerts with the horn player Ben Goldscheider.

Callum earned an artist diploma from the Indiana University Jacobs School of Music, studying with Mauricio Fuks. He then took up a place on the International Artist Diploma postgraduate course at the RNCM studying with Ana Chumachenco and Noah Bendix-Bagley.

With three recital discs to his name, 2020 saw the release of Transatlantic, which was a top-30 album on the UK classical charts and earned Callum features as Classic FM and Scala artist of the Week.