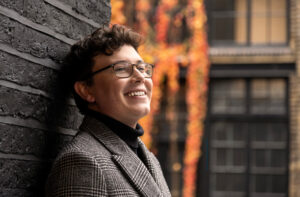 He made his BBC Proms debut in 2015 performing Gershwin’s Rhapsody in Blue with the RPO. He also performed the piece with the Ulster Orchestra at the BBC Proms ‘Last Night’ celebrations, which was broadcast live from Belfast on BBC Four and BBC Radio Ulster. In the following year, he performed at he Majesty the Queen’s 90th Birthday Thanksgiving Service, which was broadcast live on BBC One from St Paul’s Cathedral. During this period he received support from the Young Classical Artists Trust.

In 2017, while still an undergraduate at the Royal College of Music (RCM), where he studied with Professor Vanessa Latarche, Martin was a quarter finalist in the Van Cliburn Competition, held in Fort Worth, Texas, USA, attracting a considerable following both live in the hall and online on Medici TV.

In 2021 he graduated with a first-class bachelors degree, masters degree and an artist diploma from the RCM, having also been awarded the Queen Mother Rose Bowl by Prince Charles.