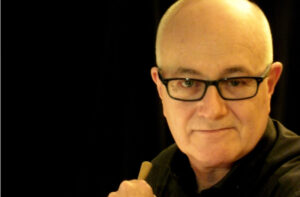 Roderick Dunk is one of Britain’s most versatile conductors, with a repertoire ranging from the symphonic, through opera and ballet to musical theatre, film and light orchestral music. Roderick first conducted the RTWSO as a guest conductor in 1994. The relationship developed over many years and he became the orchestra’s Music Director in 2012.

Away from the concert platform and the recording studio, Roderick has conducted numerous theatre productions for Travelling Opera, London City Opera, Northern Ballet and Birmingham Royal Ballet and, in London’s West End, he conducted the award-winning production of Carmen Jones. A prolific arranger and orchestrator, his work is performed by orchestras and artists all over the world. 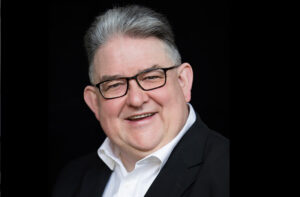 Described by BBC Radio 3 as ‘the saviour of contemporary classical music’, respected English conductor George Vass studied at the Royal Birmingham Conservatoire and the RAM, London.

As a guest George has conducted a range of ensembles including the BBC National Orchestra of Wales, the Bournemouth Symphony, RLPO, Royal Scottish National and Ulster orchestras, London Mozart Players and the Malmö Opera Orchestra. He has made over 30 commercial recordings for Dutton, Champs Hill, Guild, Lyrita, Naxos, Resonus Classics, SOMM and Toccata, and has broadcast for BBC Radio 3 and Channel 4 television.

He is founder Artistic Director of Nova Music Opera and, over the last 35 years, has commissioned and premiered new work from a wide range of eminent composers, being presented with a BASCA Gold Badge Award in 2017 to mark his support for the UK song-writing and composing community. 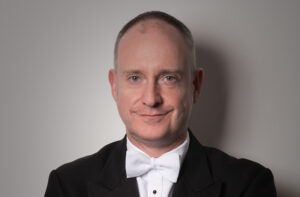 Neil Thomson was born in London in 1966 and studied conducting with Norman Del Mar at the RCM. He was also a member of the conducting class at the Tanglewood Summer School in 1989, studying with renowned names like Seiji Ozawa, Kurt Sanderling and Leonard Bernstein. From 1992 to 2006 he was Head of Conducting at the RCM, being the youngest teacher to hold this position, of which he has been an honorary member since 1994.

Since 2014 Neil has been Principal Conductor and Artistic Director of the Goiás Philharmonic Orchestra in Brazil. The orchestra quickly developed a reputation for its dynamic performances and wide repertoire.

In 1978 Julian won a Junior Exhibition Scholarship to the Royal Academy of Music where he studied violin with Emanuel Hurwitz and piano as joint first study with Hamish Milne. He was awarded several prizes for solo performance and chamber music, including the prestigious Gerard Heller Award for which he won first prize for quartet playing. In 1982 he continued his studies with Alberto Lysy at the Yehudi Menuhin Academy in Gstaad, Switzerland, and with Tomatada Soh and Kenneth Sillitoe in London.

He made his London debut performing a programme of British music at the Purcell Room. He has since performed as leader and soloist with many British orchestras including the City of Birmingham Symphony Orchestra (CBSO), Bournemouth Symphony Orchestra, City of London Sinfonia and the New London Orchestra. He has worked regularly with all the major chamber orchestras and ensembles including the Academy of St Martin-in-the-Fields, English Chamber Orchestra, Chamber Orchestra of Europe, London Mozart Players and the Orchestra of St John’s Smith Square.

His solo and concerto performances include the complete Brandenburg concertos at the Queen Elizabeth Hall, Vivaldi’s Four Seasons at the Purcell Room, Mozart’s Violin Concerto in D major at St John’s Smith Square, Beethoven’s Triple Concerto and Vaughan Williams’ The Lark Ascending, together with a number of other solo performances at venues across the UK. He has recorded a large number of sound tracks for film and TV, including Harry Potter, Lord of the Rings and James Bond, and has recorded the solo violin tracks for Ridley Scott’s Tristan and Isolde and TV blockbusters such as Upstairs Downstairs, Cranford and Downton Abbey.

Julian plays on a J B Vuillaume violin made in 1860.